With 100G Ethernet and beyond quickly becoming the standard for the fiber optics communication industry, many cable manufacturers want to be able to test multifiber cables with relative speed and ease. Using an OP940 and OP721 with OPL-MAX, an operator can test bidirectional insertion loss and return loss on high-fiber-count cables.

The test setup should be as follows:

The OP940 Insertion Loss and Return Loss Test System connects to the input and output of the OP721 Bidirectional Optical Switch. HPR cables are then connected to the switch channels of the OP721 (up to 24 channels in each direction) which then connect to fanouts with the DUT residing between these fanouts; an MPO ribbon fiber DUT is used in this illustration.

The test configuration in OPL-Max is the same for this equipment setup as it is for the setup outlined in Application Note 113. For a 12-fiber MPO cable, the sequence file should be as follows:

As with all sequence files, Column D will specify which fiber in the cable will be tested, Columns E and F will specify wavelength(s) and Columns G and H specify the power meter and channel used for testing. In the case of the bidirectional test with an OP940 and OP721, these Columns G and H, as above, should read “OPMRL1” and “1-12”, respectively.

Since the distance from the front panel to the RL reference is not guaranteed to be the same for both directions, it is advised that Column N appears as shown above. The “1” in the first channel in the forward direction (coming from the A-B port) and a “-1” for the remaining channels in that direction will allow the RL Reference to be copied from the first channel to all forward direction channels. Likewise, a “2” and “-2” for the reverse direction (coming from the B-A port) channels will have the same effect, but allow for these channels to be referenced separately from the forward channels.

To properly reference insertion loss bidirectionally, connect the simplex cables from the source and OPM ports on the OP940 to the corresponding ports on the OP721, labeled S and O respectively. Do not use an external power meter for reference. Connect the reference fanout from the left-hand side to the reference fanout on the right-hand side via a mating adapter and perform an insertion loss reference in the software. This will perform two separate reference cycles—one for the left-to-right (A-B) direction and one for the right to left (B-A) direction.

To reference return loss for a bidirectional test system, connect the system as above leaving end faces open between the two HPR cables to create the Fresnal reflection (if either fanout is terminated in an APC connector, an APC-to-PC stub will need to be utilized to produce an adequate reference reflection). Once the reflection is established, perform a return loss reference cycle in the software. During the reference cycle, the unit will reference both in the A-B direction and the B-A direction and retain these distances separately for their respective measurement cycles.

Once the system has been referenced, place the device-under-test into the setup between the two fanouts (as illustrated on the left) and simply select the Test option. Following this, the software will test the cables in the forward direction and then the reverse direction. 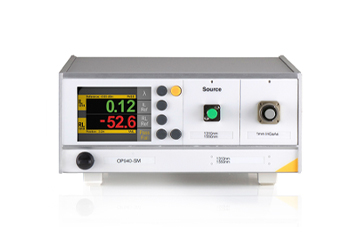 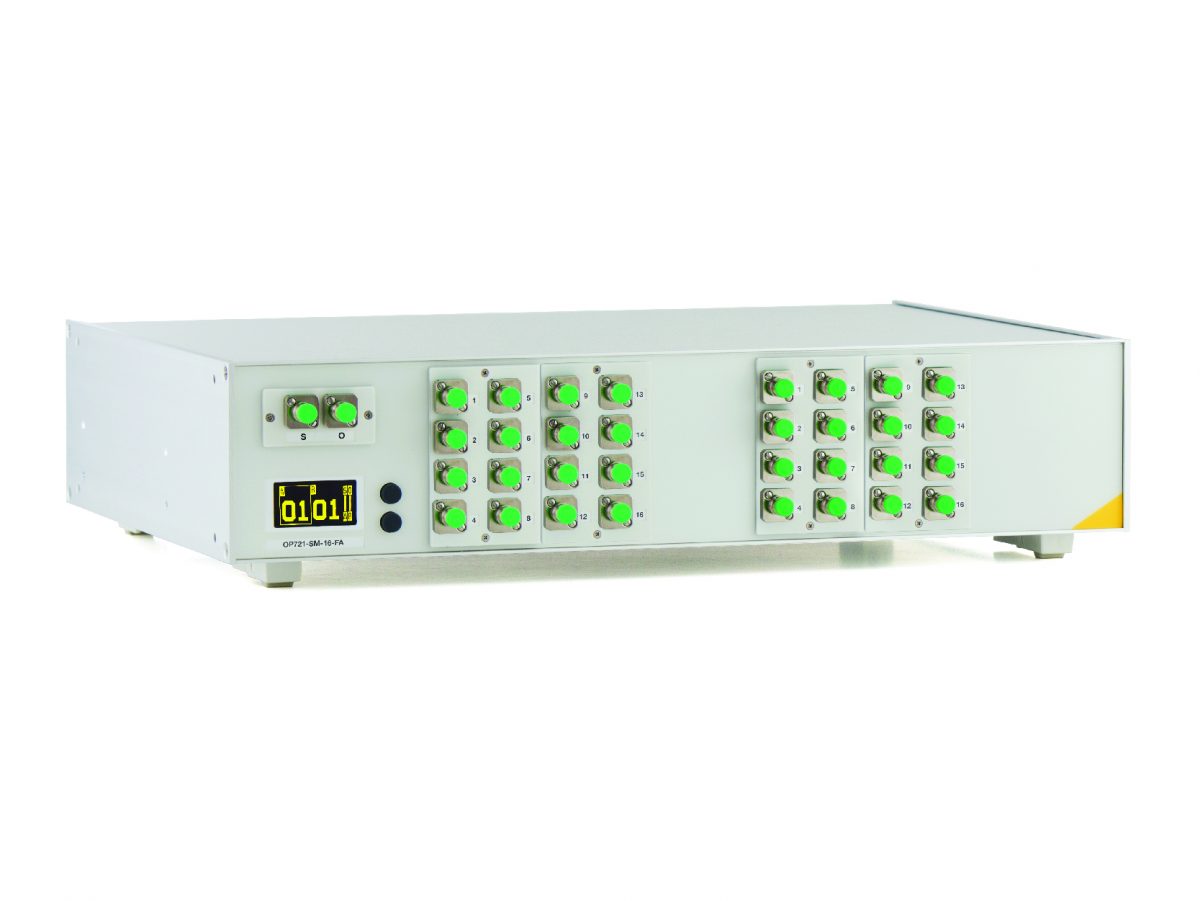 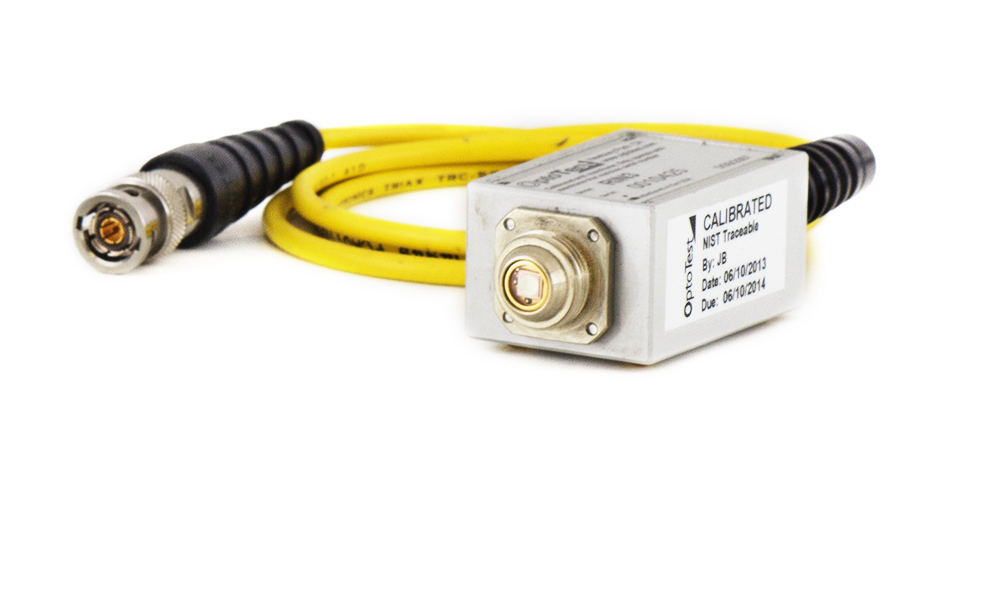 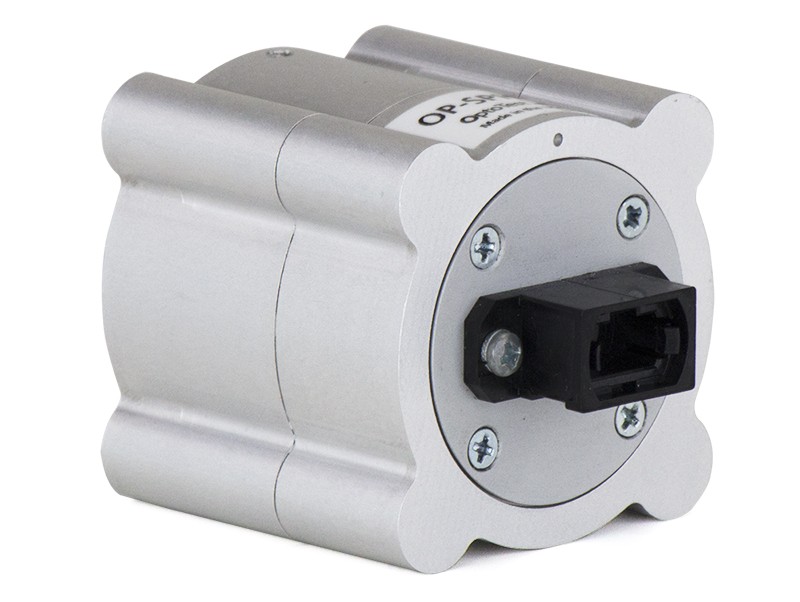 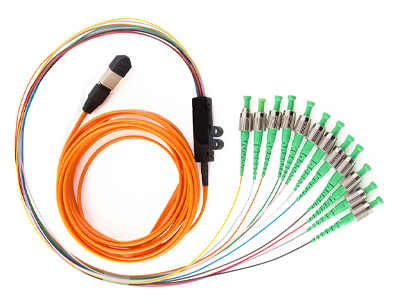