Shock monitoring allows us to evaluate the performance and connectivity of a mated pair of optical connectors through shock events. Many solutions require an optical power meter with an analog output (optical-to-electrical converter) and a sampling device, such as an oscilloscope, to digitally capture and analyze the transient signal. Such solutions require calibration practices to ensure the sampling device and analog signal accurately represent the optical signal levels. The OP740 and supporting software combines this functionality into an all-in-one solution with no need for an external capturing device or excessive focus on calibration.

When selecting equipment for shock (or general stress) testing, it is important to make sure that the equipment used can produce reliable and accurate results with an adequate level of sensitivity.

The optical source should have sufficient output power so that it operates within the range of the optical power meter (OPM). Ideally, the source is adjustable to maximize the dynamic range of the OPM when in range hold mode. An adjustable light source eliminates the need for costly attenuators in the setup.

The OPM must have a fast sampling speed that is at least twice as fast as the discontinuity being monitored. The military standard MIL-STD-1678-2A monitors for 50μs dropouts, so it requires at least a 25μs sampling period. The OP740 samples at 8μs, which is more than sufficient. The 30dB of dynamic range that the OP740 has in range hold mode satisfies most of even the strictest requirements. This wide dynamic range allows for the discontinuity to be accurately captured without intermittent “ranging” hiccups.

The system should also be able to retain data of sufficient duration to capture the event in its entirety. When performing shock and vibration testing, it is beneficial to be able to retain pre-event information as well as post-event information to fully understand the effects of the shock event. After a shock event, it may take an extended amount of time for the optical signal to reach a steady-state level and without sufficient data storage this information could be lost. The supporting software for the OP740 has an almost unlimited buffer size that is based on the hard drive space of the computer.

To reference the system, the mated pair is disconnected and the RL is referenced on channel two (fig. 2). This reference power will be associated with an open flat glass to air, Fresnel reflection, or ~-14.7dB. The IL is referenced by connecting the mated pair and referencing channel one (fig. 3). The baseline for the transmittance of this measurement is 0dB.

Figure 2: Mated pair is disconnected and the RL is referenced on channel two.

Figure 3: IL is referenced by connecting the mated pair and referencing channel one.

When analyzing a shock signal, we look for three main parameters of an “event”: depth, width, and residual loss (fig. 4).

The depth represents the maximum signal increase or decrease during the event. This value is usually with respect to the baseline. In this case, because we referenced to 0dB for throughput, then the depth is the maximum deviation from 0dB. In most cases, these tests are only concerned with a reduction in signal power. On the right, the depth of the event is about 0.225dB.

The width of the event is typically the time that the signal dropped beneath the specification’s threshold. In this case, the threshold was -0.05dB. The width of this dropout was found to be about 2.6ms

In this example (Fig. 5), the residual loss is a positive value. The mated pair experiences a shock and then over a period, after the shock, the signal experiences an increase in power. This means that the two connectors after the shock are better aligned than they were prior to the shock. Another explanation for the increase in power after the shock is that the connection may have had contamination that was impeding throughput, and then the shock moved this contamination in the connection where it may not impede throughput.

Monitoring insertion loss and return loss during stress testing, such as shock and vibration tests, requires an optical power meter that is fast and responsive to capture the dynamic signal during these tests. The OP740, coupled with the supporting software, allows for an endless buffer of high-speed optical power measurement data. This virtually endless buffer ensures no loss of data or missed events during the testing process. The OP740 is uniquely suited for testing against shock and vibration standards such as the military standard MIL-STD-1678-2A and other similar standards. 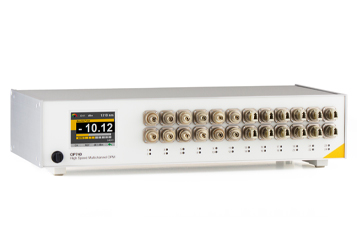 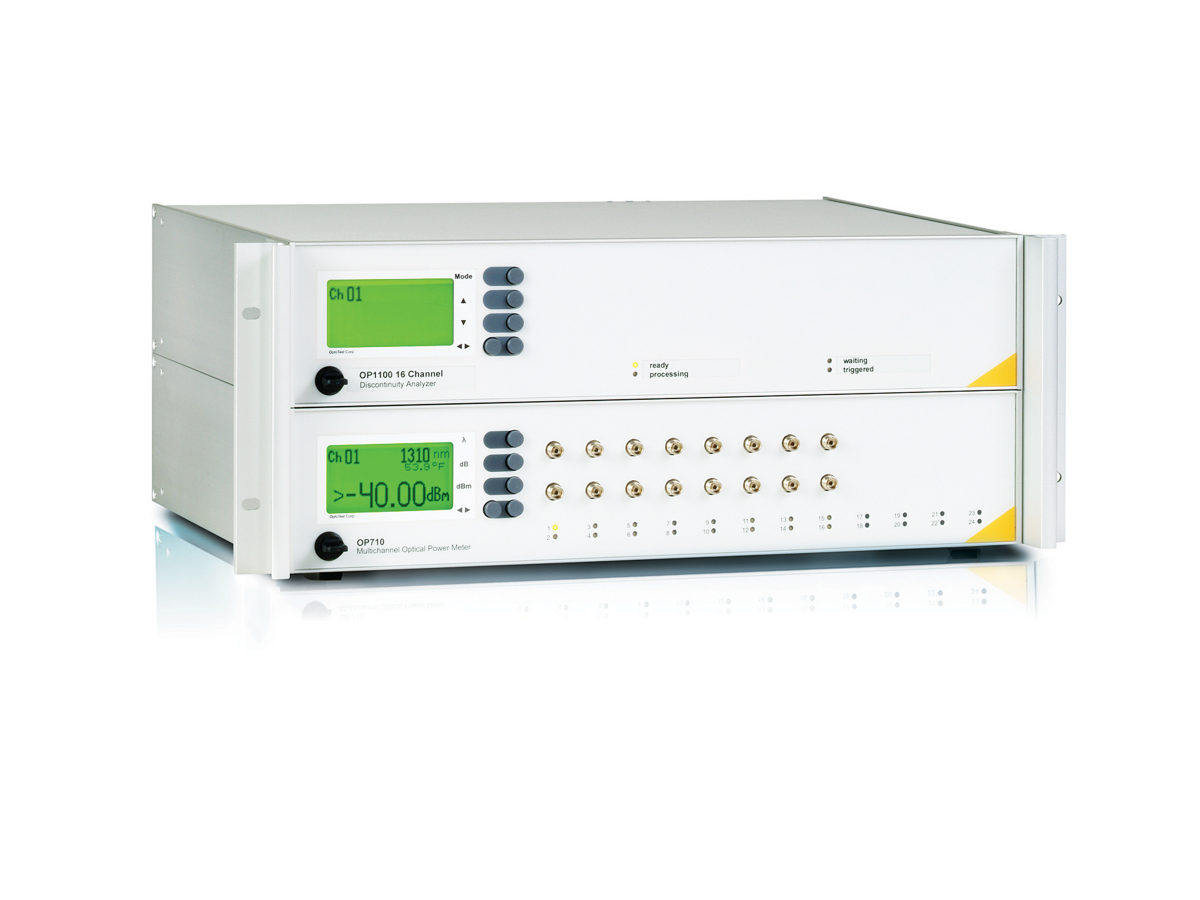